Hotel Látrabjarg is located in Örlygshöfn, Patreksfjörður close to some of the most spectacular natural wonders of Iceland. Breakfast is offered each morning. Wireless Internet access is complimentary. Complimentary self-parking is available on site. Hótel Látrabjarg is a smoke-free property. 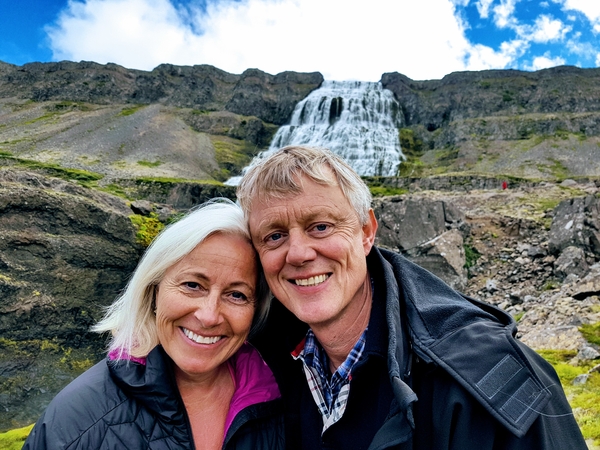 The rural area of Patreksfjörður, community of farmers and fishermen, was an independent shire or a county with the name Rauðasandshreppur and had its own elected council.

In 1907 Iceland legislated that all children of the age of 10-14 should get a free education. Rauðasandshreppur did however not have any school at this time so travelling-teachers would visit and stay for a period of time and teach children in their homes. Midcentury a community house was built in Rauðasanshreppur, the house was named Faghrihvammur and used as a place of council meetings and gatherings of all sort. It was also used as the shires first school building.

In 1946 the brave people of Rauðasandshreppur made an almost impossible and heroic rescue mission, rescuing the crew of the british trawler Dohn, which stranded under the Latrabjarg Cliffs at high winter. Another rescue mission was done year later as another trawler stranded under the mountain Hafnarmúli which is in view from the hotel. A documentary film about 1946 rescue operation under Latrabjarg was filmed in 1947 and partly filmed under the second real rescue in 1947 under Hafnarmúli. The documentary film can be seen at the nearby museum.

In 1965-1966 a separate school building was built as a boarding school for the children of Rauðasandshreppur and as an apartment for the headmaster and his wife who also were the teachers. The county’s population at that time was about 125 people including children. It was essential that the children could sleep in the school as severe winter weathers would quite often make it impossible for them to go home after the school day ended.

The founders, Karl and Sirrý buy the former school building and the headmaster’s apartment from the state and the municipally after their making the highest bid for the property.

Renovations, including renewing the entire water supply system with new equipment and plumbing’s to the modern highest standard securing drinking water of highest quality from the natural spring in the mountain above.

Hotel Latrabjarg opens for business with 6 rooms and a restaurant in the former school building. Karl and Sirry staying in the former headmaster’s apartment.

The restaurant and kitchen are changed to four more rooms adding the hotel size to 10 rooms. The Kitchen and dining are moved into the former headmaster’s apartment except the apartments sleeping section.

The former community house “Fagrihvammur” announced for sale by the municipally. Hotel Latrabjarg makes the highest bid and purchases the building in 2008 enabling for an extended operation in the two buildings instead of one building.

The Restaurant, Kitchen and Reception is moved to the second building, Fagrihvammur and the entire school building is further renovated, and room numbers increased to 19 rooms in total, some of higher standard other smaller and more basic. A new transportable building is also purchased and set up as building for staff behind the hotel.

Decision was made to improve the overall quality and standard of the hotel by enlarging the rooms enabling more comfort. Two and two rooms were merged into one each with two or more windows, new wooden floors, new beds and new spacious bathrooms with fully tiled walk in showers. After the recent changes the current number of rooms are 12 in total thereof 5 x Superior Rooms, 5 x Comfort Rooms, 1 x Family Suite and 1 x Economic single room.